Many people execute power of attorneys (POA). It’s a good idea to have one in place should the need arise.

However the number one problem with POA’s is gifting by the POA agent. The POA or attorney-in-fact has a fiduciary duty to his or her principal, the person who executed the POA.

First of all, a POA in North Carolina has to contain specific language allowing the POA to gift. If it doesn’t expressly authorize the agent to make gifts to others and/or the attorney-in-fact, then the gifting isn’t authorized.

18 patients were recently exposed to Creutzfeldt-Jakob disease  at Forsyth Memorial Hospital. Creutzfeldt-Jacob Disease is a rare but fatal degenerative brain disorder is caused by a rare type of protein that can adhere to surgical equipment and withstand standard sterilization. 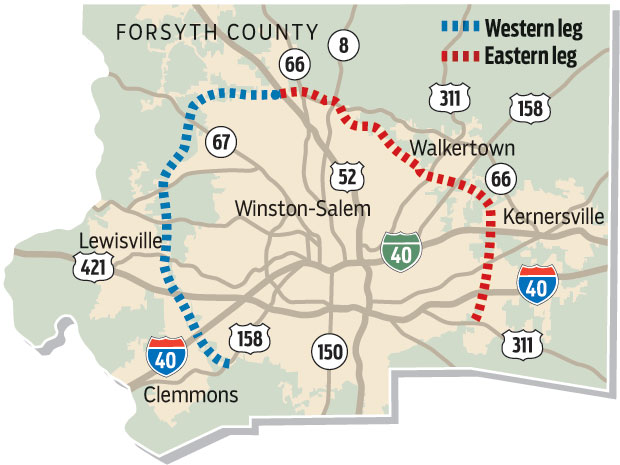 A Condemnation Action is when the government intends to take private real property from the owner. The governmental agency is required to give the land owner just compensation for the value of the property.

Landlords: So that you know what you are getting into before you sign a lease. I recommend doing a background check (comp report) on the Tenant.

The owners, who have had their properties listed on the Register of Deeds as being in the Northern Beltway, have not had their property purchased by the DOT and can't sell it  for market prices with that blemish on title. It's a trap these owners have lived with for over 12 years.

To stay up to date on Sanders Law Firm, PLLC blogs and information, go to one of these sites:

In Medtronic, Inc. v. Mirowski Family Ventures, LLC, the Supreme Court held that "when a licensee seeks a declaratory judgment against a patentee to establish that there is no infringement, the burden of proving infringement remains with the patentee."

California Senate Bill 1172 bans state-licensed mental health providers from engaging in “sexual orientation change efforts” (i.e., conversion therapy to change sexual orientation) with patients under 18 years of age. The constitutionality of the Bill was challenged in Pickup v. Brown and Welch v. Brown, in which the plaintiffs claimed that Bill violated the First Amendment because it prohibited therapists from expressing their viewpoints on same-sex relationships.

Friday morning, January 17, 2014, the Winston-Salem Police Department responded to US 421 North bound on a report of a traffic collision involving personal injury and a WSFC school bus.

The police department investigation revealed that a Toyota passenger car, operated by Vannois Tally Jefferson IV, was attempting to merge from the right lane into the left Lane.

Jefferson did not observe the Dodge Neon driven by Brittany Sadonna Jones, traveling in the left lane as he made his move. Jefferson was issued a traffic citation for unsafe movement.

An example of a (potential) personal injury claim with punitive damages claim also.

Per information reported by BRANDON SHULLEETA of the Richmond Times-Dispatch the following is discussed pertaining to potential wrongful death case.

The Latest From Our Blog

END_OF_DOCUMENT_TOKEN_TO_BE_REPLACED

I need help with: